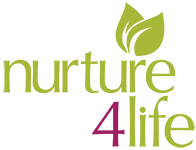 It is now 40 years since the birth of IVF and the first ‘test tube baby’, Louise Brown.

For those facing fertility and conception challenges, IVF and assisted conception has allowed countless couples to achieve their dream of parenthood. Although not a ‘cure all’ it is a hugely important medical treatment.

This is not an article about the pros and cons of IVF and nor is it a discussion about whether it should be available on the NHS at all. The fact is that it is available and is recommended in the NICE (National Institute for Clinical Excellence) guidelines. The fact is also that NHS-funded IVF is very much a postcode lottery and getting worse.

Which is where #Scream4IVF comes in.

“Facing a life without the children you long for means screaming in pain, despair, frustration, desperation, and rage. We want to make these screams heard.” — Aileen Feeney, Chief Executive, Fertility Network.

This is a campaign launched last year to raise awareness of the unfairness of the postcode lottery and calling for equality across all areas of the UK.  You can support the campaign by signing the petition to call for a debate in Parliament on fertility funding, by sharing it and/or by uploading a photo to social media of yourself screaming with the #Scream4IVF.  Amazingly, the campaign has now passed 100,000 signatures on the online petition which has proved the public demand for a debate in Parliament.

And the reason for all this screaming?

If you are reading this as one of the couples who have been denied funding due to you circumstances, by your CCG (Clinical Commissioning Group) criteria or just because the CCG have decided to ignore the NICE guidelines then you will know what that internal scream feels like. Or you may know someone in that situation and want to support them.

We work alongside lots of couples trying to conceive, some through IVF and others not, and although we all know that it doesn’t always work and definitely isn’t a miracle ‘fix’ it has helped couples where assisted conception was their only chance and who wouldn’t have been able to withstand the financial burden of paying privately for treatment that is funded in other parts of the country.

A national current affairs programme has recently found that women over 34 are automatically being refused IVF treatment on the NHS in 12 areas of England. Whereas the NICE guidelines recommend that three full cycles of IVF should be offered to women under 40 and one full cycle should be offered to women between 40-42 years of age. 80% of areas are ignoring these recommendations.

• Southampton City Clinical Commissioning Group (CCG) has a cut-off age for women of 34.
• 7 CCG’s have stopped offering funded IVF treatments entirely.
• 12 offer only one full cycle to those women under 34.
• 85 CCG’s have cut IVF for women over the age of 39.

And if we look at the different areas of the UK: and let’s not forget that a full cycle is classed as a fresh cycle of IVF with all frozen embryo transfers/FET cycles)

• Gloucestershire offer 1 fresh cycle and two frozen cycles (FET – Frozen Embryo Transfer) with no living children from a current or previous relationship
• Worcestershire only offer funded cycles to those under 40.
• Whereas Darlington offers three full cycles of IVF including all viable frozen embryo transfers and is accessible for women up to age 42.

Let’s start the parliamentary debate, help couples be heard, stop the screaming and create equality throughout the UK.